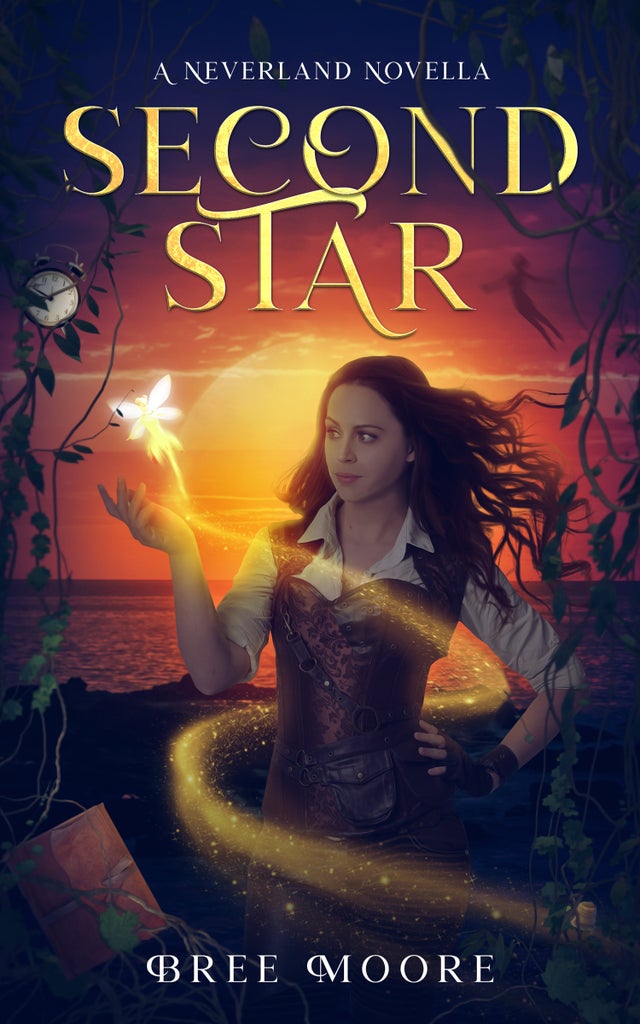 “All children, except one, grow up.”

Two years after her flight to Neverland, Wendy Darling pretends that Neverland doesn’t exist. She claims that she never knew a boy named Peter Pan. And most devastating of all, she starts to grow up. That is, until Tinkerbell shows up in Wendy’s bedroom, asking her to return to Neverland.

Wendy leaps from her window and follows the stars a second time, only to discover the lost boys are drunken teenagers, the Jolly Roger has a new captain, and Peter Pan wants her to give him the one thing that has the power to destroy Neverland for good: a kiss.

Wendy must decide whether she would rather die with Neverland or come to terms with growing up before the last fairy falls.

Embark on the great adventure again with Peter Pan and Wendy in this epic re-told sequel to the classic by James Barrie.

Remember to specify the name of the person to personalize my signature!

And she’s not the only one they’re after.

Supernatural beings like Harper are arrested every day, a fate she’s dodged so far. But when a single miscalculation lands her in a Naturalization camp, she must choose: be Naturalized or be killed.

Between magical wards that imprison her at the camp and a rebellion brewing, can she find a way to escape before her wings or her life are taken from her?​

*Specify a name for a personalized signature from the author*
Shop

Embark on the quest of motherhood in this first-of-a-kind anthology that blends the magic of Fantasy with the often-unsung role of Mother.

$26.76 $21.99
Hardcover with dust jacket, autographed on front title page. Be sure to specify the name of the person receiving the book if you want a personalized message!

The sequel to "Woven" is finally here! Get your signed, Paperback copy of "Bound"Hardcover Edition. Autographed on front title page. Be sure to specify the name of the person receiving the book if you want a personalized message!